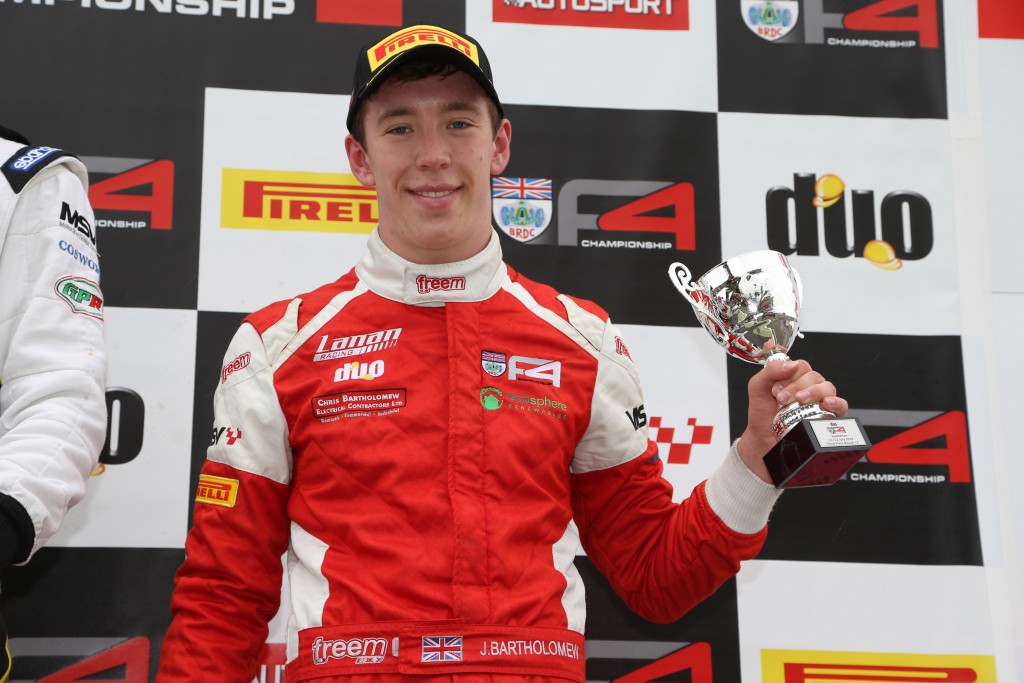 Jack Bartholomew claimed a hard fought 3rd place podium finish at Snetterton in Norfolk this month in round 4 of the BRDC.

Jack, who is supported by The Park Lane Group among other sponsors, qualified in 6th place for race 1 and was confident of a top 5 finish at the least. Unfortunately, due to a reckless move by a fellow driver on the second corner of the first lap, another car hit into Jack’s causing extensive damage and forcing his retirement from the race.

In what proved an exhilarating weekend, Jack was faced with a start position from the back row of the grid for race 2. Just before the race, the heavens opened for a shortlived downpour. Jack’s team manager gambled on the track drying out before the end of the race and chose to fit slick tyres on Jack’s car. Only one other driver and team were brave enough to do the same!

At the start of the race, the track was still very wet and slippery and it demanded every ounce of Jack’s skill to avoid spinning off. However, by mid-race a dry line had appeared and those drivers on wet tyres found their tyres started to overheat. Jack’s slicks came into their own and he skilfully sliced through the field passing 16 other cars to finish in 3rd place – a stunning result.

For more information about Jack, visit his website here.

And you can find out more about the BRDC Formula 4 Championship which is aimed at young drivers at http://www.formula4.com/