We ran for MACS 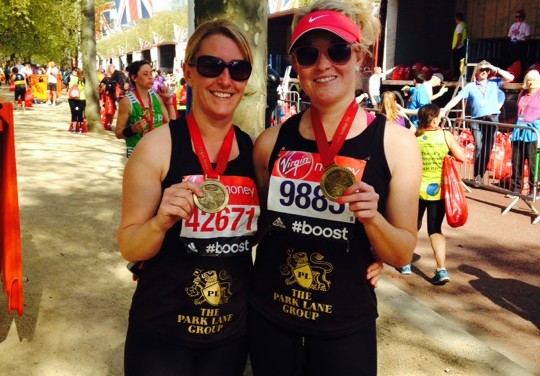 The Park Lane Group sponsored Tania Dennett and Ella Wallace who chose to run for MACS – a national charity which supports children born without eyes or with underdeveloped eyes, and their families.

According to Tania (pictured left) ‘As a parent myself I felt really compelled to run for MACS. After so much training we were really pleased with how it went on the day and finished within 5 hours – a little better than we expected. Thank you to The Park Lane Group for the generous sponsorship.’

Both Tania and Ella have completed several half marathons before, whilst Tania has also completed the London Marathon previously.  The 2014 event was a first for Ella.

More information about MACS can be found at: http://www.macs.org.uk/