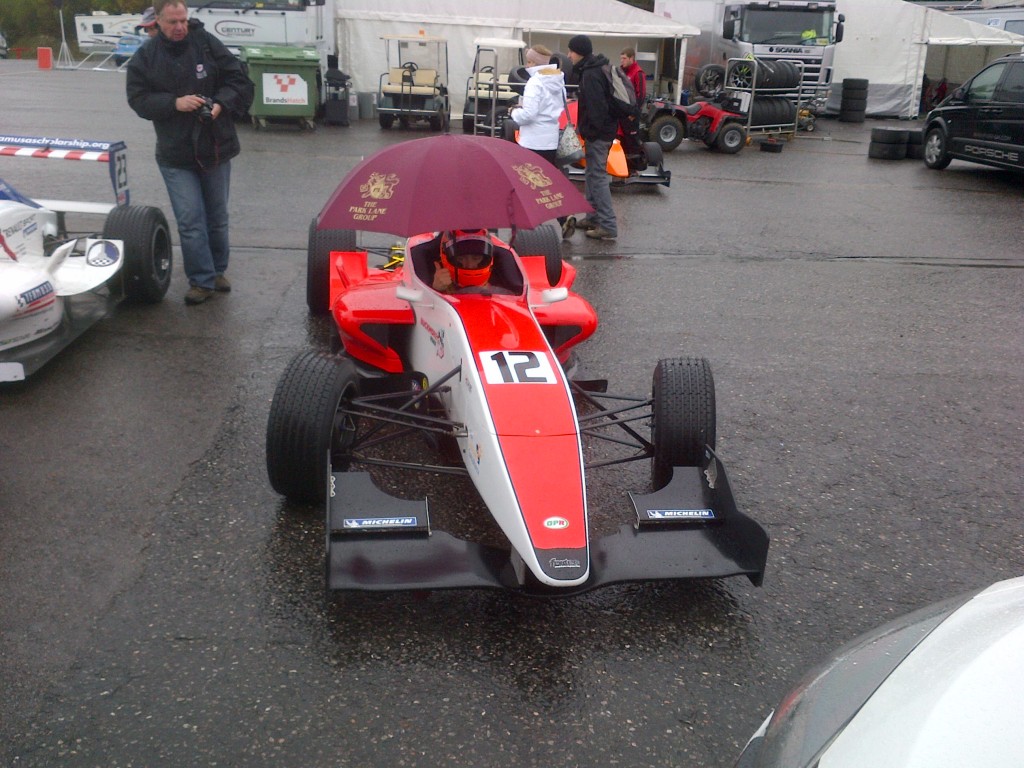 He drove a strong race, finishing third amidst wet conditions and having never driven his Formula Renault single seat racing car in the rain before.

Jack has had a long association with The Park Lane and we’re thrilled to follow his impressive progress.

Having started go kart racing aged eight, he has moved swiftly through the ranks to kart racing in Europe, leading to his first trials in a single seat racing car at just 16.

Jack raced through the Summer 2012 series in Formula BMW, switching to Formula Renault in September. The Brands Hatch event was only his second in the car, and with the former event in dry conditions, Sunday’s weather brought some concerns. But despite an 18-strong grid, Jack rose to the challenge with a clear third place.

We wish him every continued success in his career.