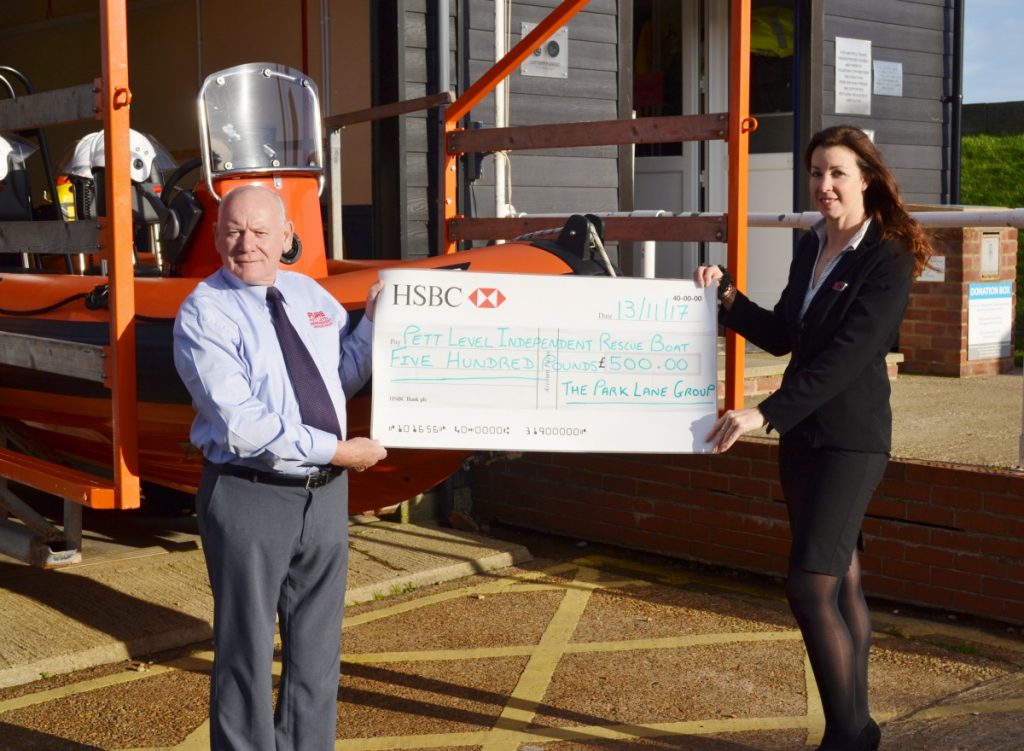 Pett Level Independent Rescue Boat Association has received a boost to its fundraising from The Park Lane Group Community Giveaway.

The donation will help the charity in its new campaign to raise £15,000 to help train volunteers and recruit new members to secure its future.

Established as a charity in 1971, the independent in-shore rescue service works closely with the coastguard and local RNLI stations to respond to emergencies along this hazardous stretch of coastline.

You can find out more about the organisation online at plirb.com and on facebook @PettLevelRescueBoat

Photo caption: John is pictured with Fiona Taylor of The Park Lane Group with their giant cheque for £500.00

Having launched our Community Giveaway earlier this year as part of The Park Lane Group’s 30th anniversary celebrations, we have donated to a wide range of inspiring and deserving local causes. Further stories and photos can be found in our news section. Applications to the fund have now closed.

We’re proud to be celebrating 30 years this year, having grown from a single property development in 1987 to become one of the largest independent housebuilders in the area. Managing everything from property sales to our rental and maintenance service makes us a little different, but we believe it is our commitment to remaining local and serving the communities in which we also live and work that really sets us apart.