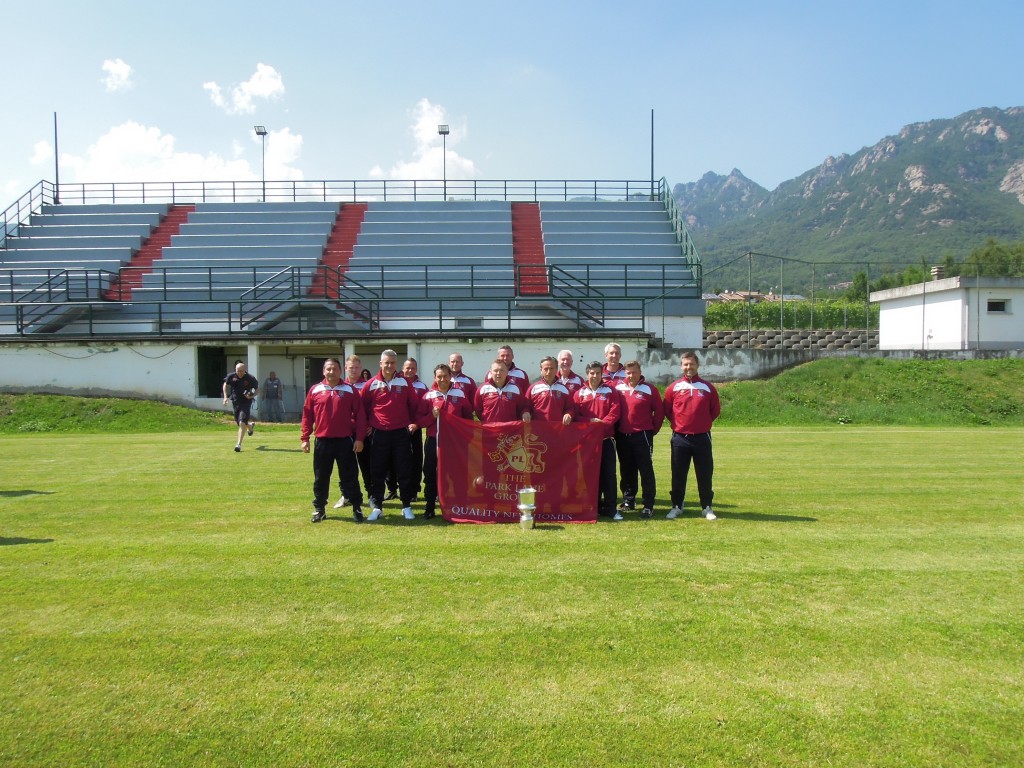 The beautiful foothills of the Turin Alps played host to the 2015 ‘Battle of Hastings Cup’ this year.

The Cup sees Hastings veterans Oldan Athletic FC play rivals Vecchie Glorie FC for the coveted match trophy every year, alternating between Milan and Hastings and raising money for a charity of the host team’s choice.

High Breezes Project Manager Harvey Fletcher was among the Hastings veterans who proclaimed a hard fought match in stifling 40c heat. But despite chances by both teams a goal score by the Italian player and ex-Chelsea goalkeeper Carlo Cudicini meant our lads were unable to claim the Cup this year and bring it home to Hastings.

Having raised money for the Pestalozzi village in Sedlescombe last year we look forward to the re-match here in Hastings in 2016.