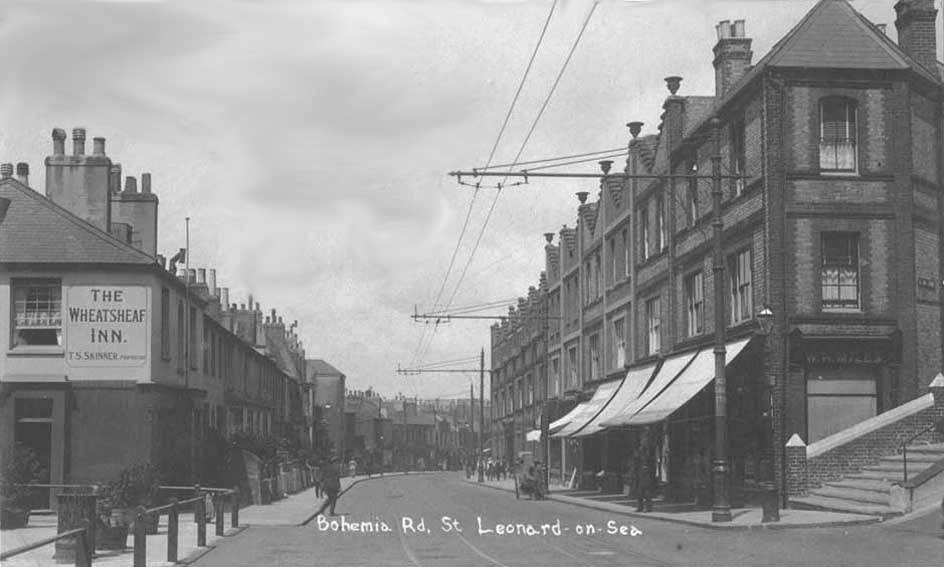 We think it dates back to somewhere between 1918 and 1923, as The Wheatsheaf Inn, pictured opposite to what is now The Park Lane Group offices and the turning for Saint Paul’s Road, shows the name T S Skinner on the side of the building.

Hastingspubhistory.com provides the history to a number of Hastings and St. Leonards pubs, including The Wheatsheaf Inn, and lists Thomas Skinner as the landlord at this time.

Our photo below, taken 21 July 2016, shows how this street scene has changed. We also have this great 1920s image of The Park Lane Group buildings when it used to be a furnishings store. If you have any similar historic photographs of The Park Lane Group we’d love to hear from you – email mail@parklanegroup.net

Thank you Amy, Katie & team for all your help with purchasing our new home (The Beaumont at Robert de Mortain). From the minute I made my first enquiry to the day of completion Amy was brilliant. Thank you again :-)