Joanne and Texas at the World Para Driving Championships 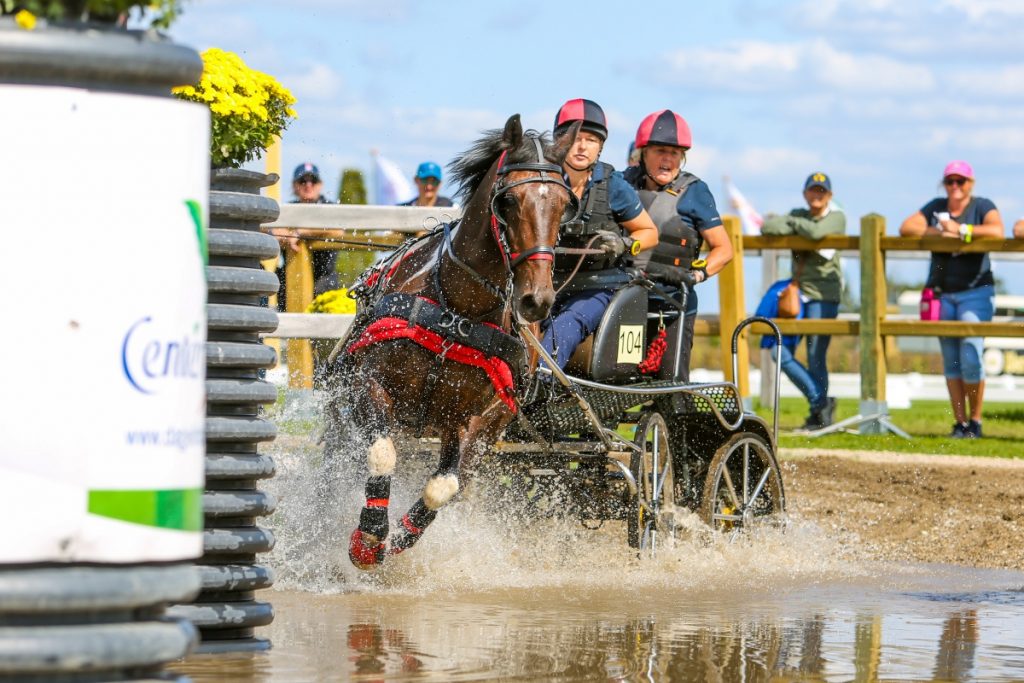 Joanne McNicol had ‘the time of her life’ at the recent Para World Driving Championships in Kronenberg in The Netherlands.

With an amazing atmosphere, she rose to the occasion with Texas and they put in the performance of their lives.

According to Joanne, “Thank you again for the funding I received from The Park Lane Group.  It went towards my training costs and ultimately helped me being selected to represent Great Britain.

“Dressage was our strongest phase and we achieved the highest score of the British team, leaving us in 4th position. The marathon was a long technically challenging course with big obstacles. We got round without any errors or penalties but the competition was tough with some very fast times. After the marathon we were lying in 7th place. The final phase was a complex cones course spread over a large arena so we knew we had to push on to get within the time. Texas loves the cones and we had a fantastic round within the time and with only 2 balls down. We finished our first World Championships in a very credible final position of 5th place.

I will never forget it, especially when I heard the announcement over the speakers saying, “Entering the arena we now have Joanne McNicol for Great Britain” Surreal!!

Congratulations Joanne from everyone at The Park Lane Group – what a fantastic achievement.