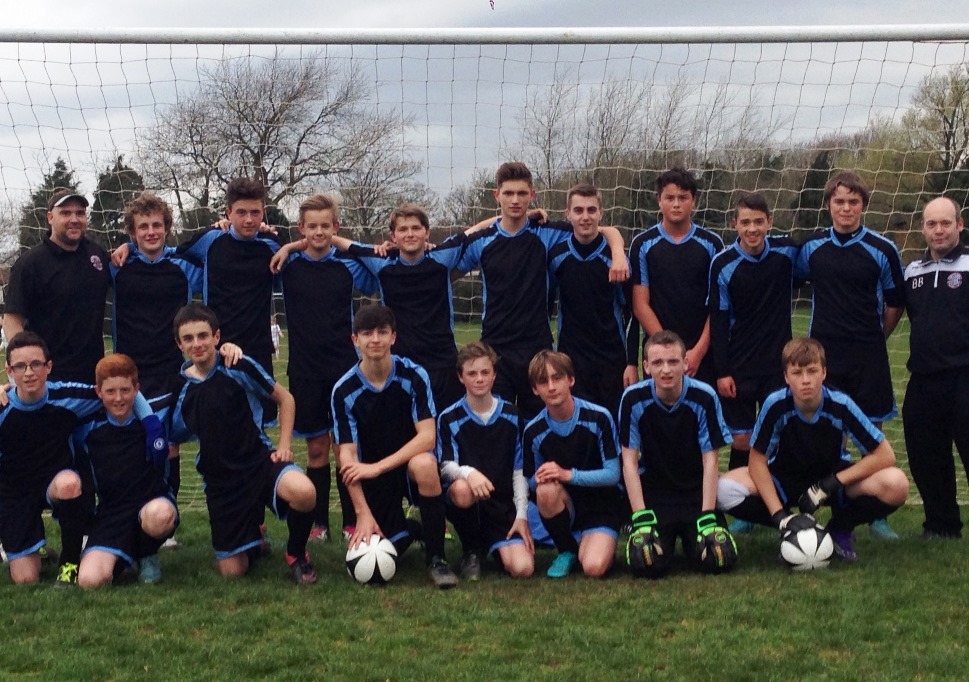 The new team formed in March last year after Jordan Bull got together with several friends and approached his dad, Ray, and uncle, Barry Bull – now the team’s coach. Having played for another Hastings team for seven years, Jordan became disillusioned as the team’s emphasis on winning started to eclipse his enjoyment in the sport. Following checks and a five-day Level One Football course for Ray and Barry Bull and with the help of Chris Aird, the Hastings United Youth Chairman, the team was set up and hasn’t looked back since.

Having entered lots of tournaments they are currently doing well in the Sussex Sunday League.

Ray says, “Your kind donation has allowed us to purchase important training equipment, including 2 mini goals, 10 training bibs, an agility ladder, 6 hurdles, footballs and a kitbag. This has been a massive help so a big thank you to The Park Lane Group.”

Good luck Hastings United Pumas – we look forward to seeing the results of your training!