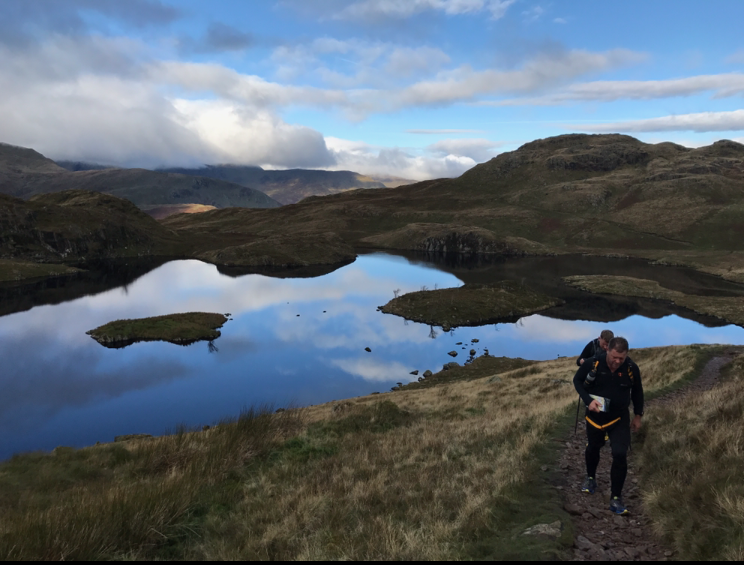 Dain Jensen of Kileys Karpets, Seth East, Ross Garnet and Sam North took on the 192 mile coast to coast walk recently. And with sponsorship from The Park Lane Group and many others, their impressive endeavour has succeeded in raising over £8000 for charity so far.

The trail is an unofficial and mostly un-signposted footpath from St Bees on the west coast of North England to Robin Hood’s Bay on the east coast.

Dain’s diary notes below record the challenges the terrain presented and the distances they had to cover each day to complete it in just eight days:

Fri 6th – 27 miles from St Bees to Honnister pass. Started flat and all feeling good, so running plenty of it. Passed the remote YHA at Black sail, then big climb to Honnister, so far so good.
Sat 7th – Only 19 miles, so thinking it would be an easier day. The opposite, giant climb up and over to Grassmere, then up and over to Patterdale. Spectacular scenery, but feeling it a bit, and one of the group, Sam North, had to drop out with injured ankles.
Sun 8th – 26miles to Orton. Getting harder still, big climb to top of Kidsty Pike, got lost adding a couple of extra miles to the day, round Haweswater reservoir, then finished just getting off the moors as it got pitch dark.
Mon 9th – 26 miles again, to Muker in the Yorkshire Dales, good at the beginning, but climbed into the Pennines in the fog, up the god-forsaken bog land of Nine Standards Rigg, wading around up to our knees in mud for hours, and again, only just off the moors as the sun went down.
Tue 10th – 24 miles to Brompton-on-Swale, slightly easier and drier terrain.
Wed 11th – 19 pleasant miles to Osmotherly at the start of the north York Moors.
Thu 12th – 32 miles to Glaisdale – all through the North York Moors, good paths but scenery seemingly never ending.
Fri 13th – 19 good miles to Robin Hoods Bay to throw ourselves in the slightly chilly north sea.

All in all, a great trip, but eight days in the autumn was very hard, probably the hardest thing I’ve ever done. Would be really pleasant to do it over two weeks in the summer! Incredible scenery of the Coast to Coast Walk

We’re proud to be celebrating 30 years this year, having grown from a single property development in 1987 to become one of the largest independent housebuilders in the area. Managing everything from property sales to our rental and maintenance service makes us a little different, but we believe it is our commitment to remaining local and serving the communities in which we also live and work that really sets us apart.