Thank you from Battle Air Cadets 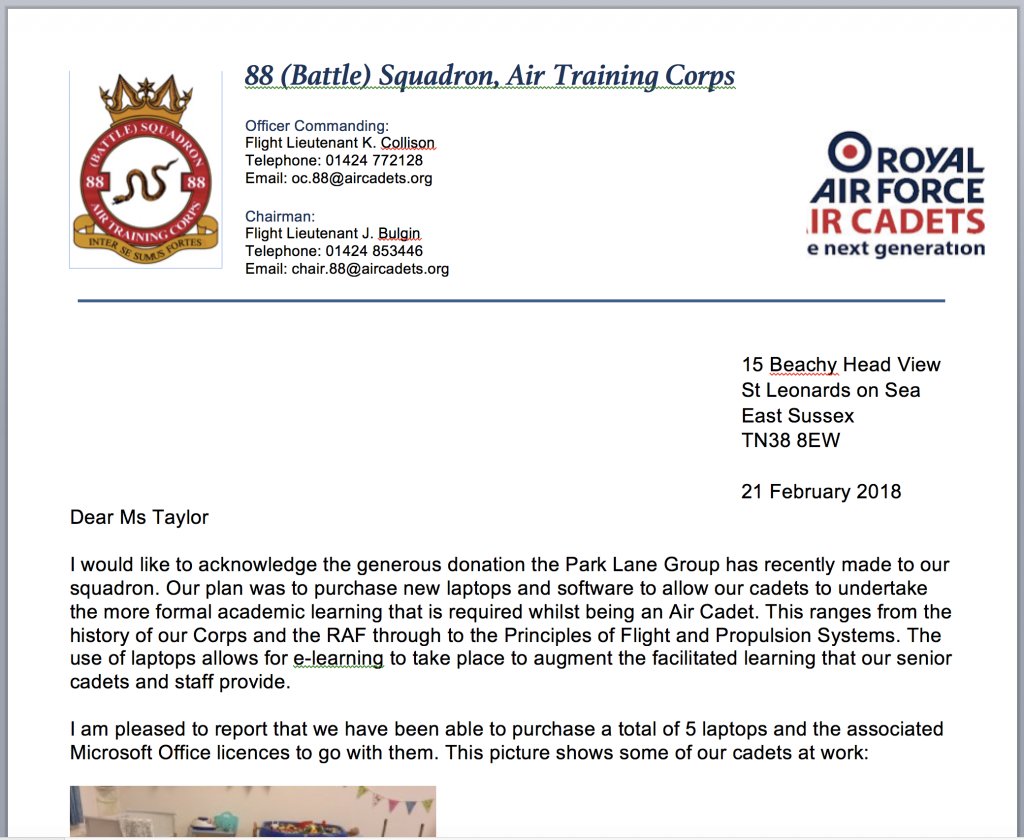 We received a letter of thanks from the 88 (Battle) Squadron Air Training Corps today.

Funding from The Park Lane Group’s Community Give Away has enabled the Squadron to buy five laptops and the associated Microsoft Office licences to go with them.

This means more cadets can now work through the academic learning required as an Air Cadet. Study ranges from the history of the Corps and the RAF to the principles of flight and propulsion systems.

An excerpt from the letter from Jon Bulgin, Flt Lt RAF VR(T), ret’d, Chairman of the 88 (Battle) Squadron, reads:

“May I thank The Park Lane Group for enabling us to make this purchase and thus enhance the cadet experience for our young people.

Funding for the Air Cadet Organisation relies heavily on donations such as this, without which it would simply cease to function.”

You can view Battle Air Cadets Thank You to The Park Lane Group here.