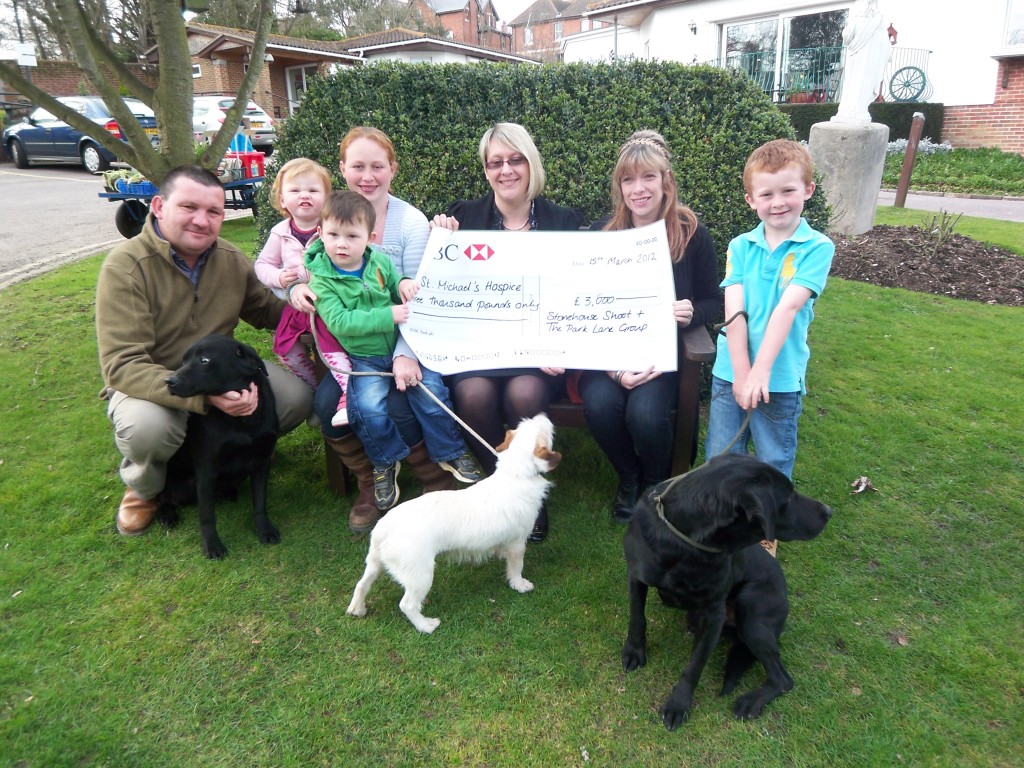 Each year, The Park Lane Group and Buster Ansell, Gamekeeper at the Stonehouse Shoot make a donation to St. Michael’s Hospice and 2012 has proven no exception.

The legacy started over four years ago as Buster, his partner Liz and son Michael raised money in tribute to fellow Gamekeeper Michael Hollands who was cared for at the Hospice. Russell Beswick, managing director of The Park Lane Group wanted to support the fundraising, commenting: “I was delighted to be able to help such a worthy cause and had reason to visit Michael’s Hospice myself when a member of staff received care there.”

To date, in excess of £13,000 has been raised for the Hospice through their joint efforts.