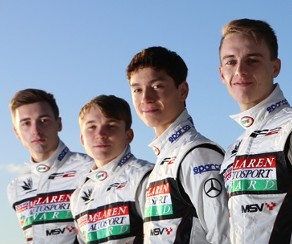 Award finalists are tested on all aspects of their suitability for a career in motorsport, including fitness and media expertise, and take part in driving exhibitions at the Autosport International Show and racing events at Silverstone.

We continue to support and follow Jack’s exciting progress.

For more information about the McLaren Autosport Awards, visit: http://awards.autosport.com/young-drivers/